Throughout our lives many of us fall into the trap of believing that our Personality is innate.  Believing that it’s completely set out for us as if it were hard-wired.  What we don’t realize is the destructive nature of this belief system.  By aimlessly cramming ourselves into a narrow personality we create fixed mindsets as to what we are capable of.

In his new book Personality Isn’t Permanent, Dr. Benjamin Hardy absolutely crushes the major myths associated with Personality.  At the same time complementing it through breaking down the science and offering a systematical approach to becoming a better version of yourself.

Over the past two years I’ve been completely immersed into Dr. Hardy’s Accelerated Momentum Program (AMP).  Being a part of this membership platform I’ve witnessed myself transform into a completely different person.  Particularly, through ridding myself of bad habits and achieving more in 2019 than I did through the entire last decade!

I feel that aside from Ben’s teachings in the AMP platform, (much of which is based on the principles within Personality Isn’t Permanent) the ability I’ve had to witness his own struggles, achievements and triumphs over these two years has really instilled this belief of the change that is possible for all of us.  And this is one of the biggest reasons that I had to share this review with you.

Without delay Dr. Hardy immediately dives into the 5 personality type myths much of the world is attached to.

These myths birth a perceived inability of creating change in our lives.  Which for the majority of us leads to mediocrity as the norm.

Among the messages that Dr. Hardy delivers through this work and cited science, one thing is clear as ever; Regardless if you’re rigid about your personality, it will change.

Whether you choose to be behind the driver’s seat or not, this cannot be escaped. 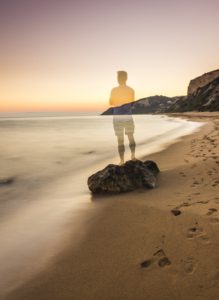 I found myself reflecting on numerous parts of my life throughout this book where large personality shifts happened.  And this is likely something that many readers will open up to and experience for themselves.  Especially with the prompted journaling questions that Ben strategically places throughout the book.

Taking time to intentionally answer these questions can help you to analyze these parts of your life through your evolving lens.  Supporting you as you revisit your past traumas in order to re-frame them through finding the “blessings in disguise.”  Developing your vision and imagination.  Creating a future that’s greater than your past.

Learning about the fact that our memories distort and actually alter every-time we pull them up felt like a thousand mental light bulbs going off.  This was one of the few “aha!” moments I had with this book.  Realizing that this was part of the great changes I’ve created in life when later choosing forgiveness in the traumas I’ve experienced.  Consciously looking for the blessings resulting from those traumas is part of what re-framing your past is.  And this coincides directly with shifting from the victim-hood mentality that this book explains.

Not only does Dr. Hardy use examples from his own life, but that of countless other people that created massive change from traumatic events.  So great was this shift in their lives that within a decade they were nearly unrecognizable to one-other.  The latter more “grown up” persons being far more understanding and compassionate to their past selves.

I found these real-life stories to provide another element allowing us to connect the people involved with our own life’s adversities as we journey through the book.  Giving us a greater sense of our capabilities and potential.

Creating Your Future Self

Dr. Hardy emphasizes the creation of your future self by providing a clear and detailed means of which to initiate radical shift.  He achieves this through sharing systemized approaches via the journaling prompts mentioned above.  Aside from these questions, there is a constant support with the science behind why this works for the few that adopt it.

I’ve really got to applaud Ben for having the courage to directly tackle this topic.  It’s clear, at least to me that some people are going to be irked by this.  Lashing out silently or digitally for the internal earthquake this may conjure up in them.

This is good though.  A bit of discomfort can bring the start to change 🙂

I can’t deny that being in the world of Benjamin Hardy’s work for the past two years makes me biased in this review.  But honestly, through my own evolution in this time; if I hadn’t been on the sidelines also witnessing Ben’s progress towards his future self, I would have been doubtful of his transformations.  Especially in the later part of his life.

This is why I have to give Personality Isn’t Permanent a full fledged recommendation.  My 100% Next Level approval as Dr. Hardy stands behind every word he shares in his book.  Leading by example of it’s efficacy, along with countless others including myself that have put these practices to work.

What’s keeping you from becoming your next level self?

Get Social With Us!